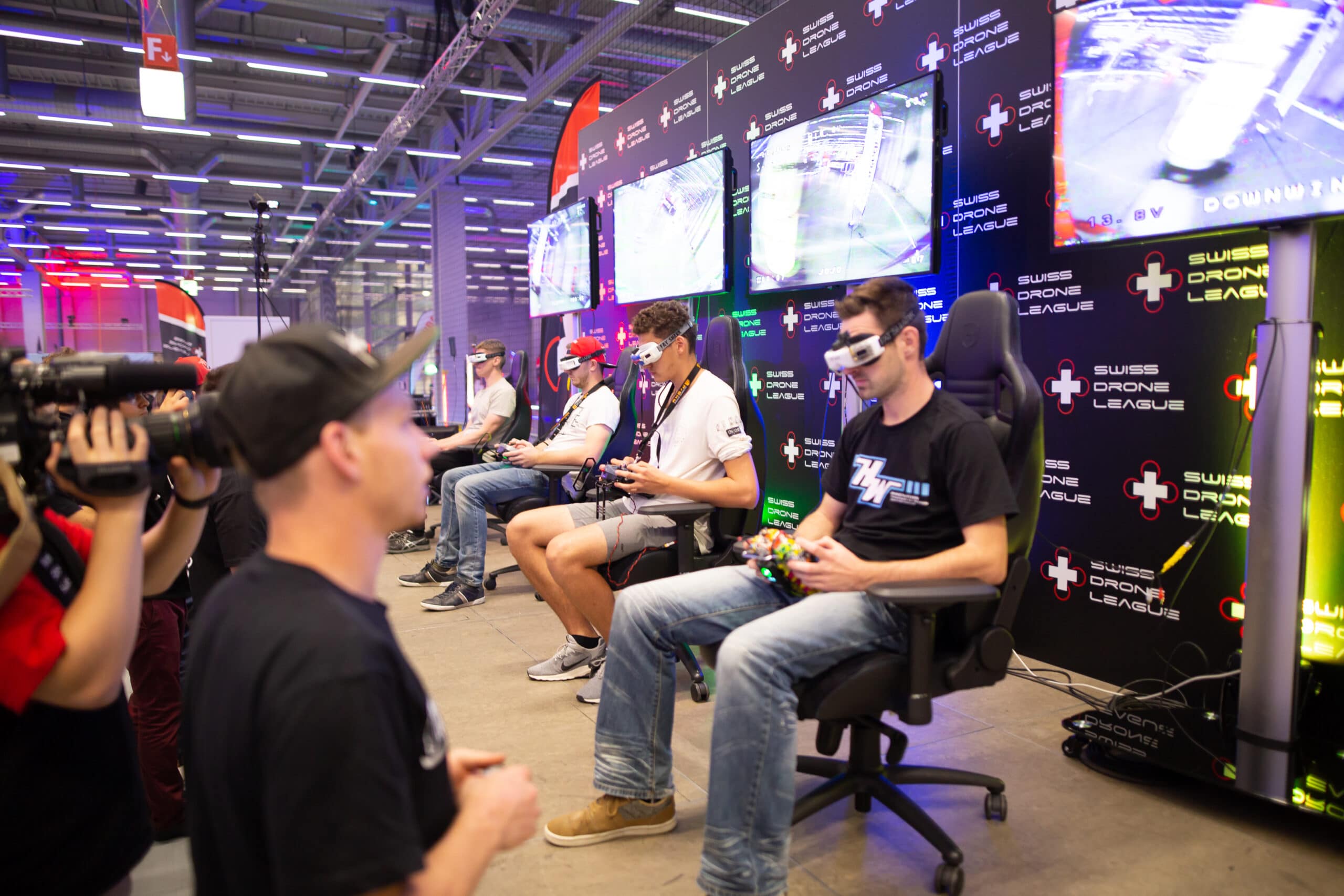 FPV-Drone Racing is a new high-speed racing sport which combines the virtual and the real world. The pilots steer their racing drones - also called ``quadcopters`` - as fast as possible through secured three-dimensional race tracks at indoor and outdoor locations. The aim is to fly around the obstacles or maneuver through so-called ``gates``. The winner is the one who manages this successfully and leaves the competition behind in the final runs. The drones are specially designed for speed, agility and performance. A camera is attached to each drone. The image from the camera is automatically transmitted in real time to special FPV (First Person View) goggles - as well as to screens for the audience - which the pilot wears in each case. The pilot sits in the cockpit and controls his drone LIVE via remote control. Ultimate action is omnipresent, as the drones reach speeds of up to 160 km/h.

Anyone can become an FPV pilot. There are no special requirements, but technical interest and technical knowledge are an advantage. There is no typical FPV pilot and everyone is welcome. In the Swiss Drone League, anyone who meets the requirements of the rules and fills out and signs the waiver of liability (minors by legal guardian) is allowed to participate. Participation is possible regardless of residence, age and gender.

The quadcopter is an aircraft that receives its necessary propulsion and lift from four independently controllable motors. By controlling the motors differently, the vector of thrust can be changed, resulting in movements on the vertical and horizontal axes. For lifting and lowering, the total thrust of all motors is increased or decreased equally. Since there are the same number of motors rotating clockwise and counterclockwise, the torque about the vertical axis is neutralized. When rotation about this axis is required, the speed of one group of motors must be increased relative to the other. The calculation for these maneuvers is done by the flight controller. The flight controller is one of the most important components of the drone, since stable flight cannot be achieved with manual control of the individual motors. With the information provided, the flight controller adjusts the number of revolutions. Since brushless motors require an electrical rotating field, each motor has its own electronic speed controller (ESC) that controls the speed of the motors by varying the frequency of its rotating field.How smoothly and stably a quadcopter flies depends heavily on the drone fundamentals and, in particular, the flight controller and firmware used. Powerful quadcopters can reach speeds of up to 160 km / h and can even go beyond with special tuning. Most often, these compact flying machines are assembled by the pilots themselves and configured on a computer. In this way, the drone behaves exactly according to the needs of the pilots.